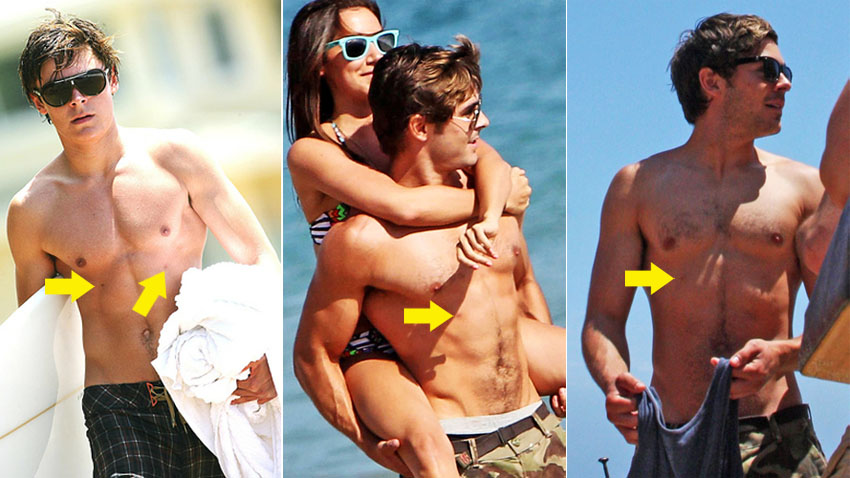 It is not widely known, but about one in 50 women and one in 100 men have a third nipple. This goes by several names besides “third nipple”. It is a supernumerary nipple, accessory nipple, pseudomamma, polythelia, or polymastia. It is often not entirely developed as a fully functioning nipple. Sometimes it can be mistaken for a mole. The third nipple usually has no clinical significance as long as nothing else is wrong.

They are not properly formed like normal nipples and can usually be found on an imaginary ‘milk line’ between the armpit and inner thigh. If you feel uncomfortable about yours, it’s probably best to speak to your dermatologist or general practitioner to determine whether surgery is needed. One celebrity that stands out as possibly having one, possible two, accessory nipples is Zac Efron. Extra nipple or not I’m sure there would be plenty of girls lined up for Zac.

Check out my contribution to these post about Zac Efron’s suspected extra nipples here, here and here

This entry was posted on Wednesday, July 13th, 2011 at 3:36 pm and is filed under Celebrities. You can follow any responses to this entry through the RSS 2.0 feed. Both comments and pings are currently closed.